New webpage (http://mpc-hc.sourceforge.net)
Source code moved to GitHub (https://github.com/mpc-hc)
The DirectX runtime dlls are included in the distribution packages so it’s no longer needed to install the DirectX runtime
MpegSplitter: support for DVD-Audio LPCM and MLP in .aob files
Use FFmpeg for AC3 and DTS decoding
If the icon library is modified in a way that can break the icons associated to the extensions handled by MPC-HC, MPC-HC will automatically try to fix the registry so that each extension is associated to the correct icon

Unrar is statically linked and so MPC-HC and VSFilter no longer need the unrar dll
The Icon Library was rewritten leading to smaller size
The Output Options page was redesigned for better usability
Ticket #625, The translation dll’s size was decreased by 2/3 (uncompressed)
Ticket #2227, Hide the seek bar in capture mode
Ticket #2276, Use the new user interface on Vista and later for the Save dialogs
Ticket #2342, MPC-HC will now use the Windows theme font for the Statusbar, OSD messages and a few other places on Windows Vista and newer
Ticket #2378, Move the “Remember last playlist” option into the Options dialog

The hand cursor wasn’t shown in the web links in Keys and WebServer options page
Toolbar code cleanup and background fix for Windows XP
The last textbox used in the Goto dialog was not remembered since r3964 and r3965
Always show an error message instead of crashing when the argument of a command line switch is missing
OggSplitter: Fix crash with some files
Logitech Keyboard support updated and made optional (Options -> Tweaks)
WebServer: various bugfixes and improvements
Ticket #504, Fixed rounding errors that prevented a properly centered image and caused unneeded resizing because the video size was off by one
Ticket #2330, Fix the radio buttons in the Logo options page
Ticket #2349, Recent Files: “Clear List” did not remove all files from the list
Ticket #2356, The “With icons” and “File(s)” options in the Formats options page were not applied if no association was previously modified
Ticket #2362, [DVB] Fix the Electronic Program Guide (EPG):

Ticket #2365, The volume slider wasn’t properly redrawn in some cases
Ticket #2427, The command line was not parsed when using slave mode
Ticket #2470, API: Ensure that a 32-bit application can control MPC-HC 64-bit
Ticket #2493, Fix a crash when saving subtitles using the sub format
Numerous other bugfixes and improvements

v1.7.13, the latest, and probably the last release of our project…
Zum Vergrößern anklicken.... 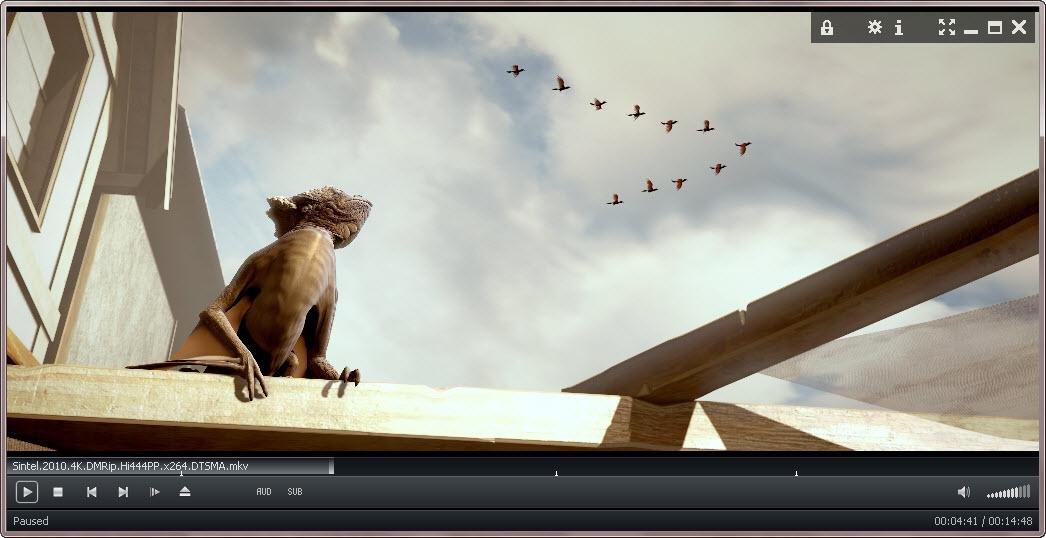 , gestern gab es einen Versionssprung auf 1.8.1.
Change log:
Updates:
Updated LAV Filters to v0.72-12-g14744
Updated MediaInfo DLL to v18.08.1
Changes/additions/improvements:
Added support for decoding AOMedia AV1 video
Added WMA to internal filters list
Allow using externally installed LAV Filters as internal filters when our own LAV Filters folder doesn't exist.
Added advanced option "AllowInaccurateFastseek", which is enabled by default. When enabled fast seek (to keyframe) is allowed to be very inaccurate (max difference 20 seconds) in files with huge keyframe intervals. When disabled the allowed inaccuracy is much lower, when deciding between a fast and normal seek. For example 30% of jump size.
If a playlist entry points to an URL, then display the title/label in player title bar instead of the URL.
Limit max video height returned by Youtube-DL to 1440 by default. Higher resolutions may not play smoothly due to bandwidth throttling by Youtube.
This value can be customized in: Options > Advanced > YDLMaxHeight

Changes/additions/improvements:
Option to specify command line parameters to use when downloading with youtube-dl (File > Save a Copy). Does not apply to streaming.
CoverArt improvements. Prefer image with same filename. Reduced chance of false positive matches.
Increased max Pan&Scan zoom factor to 5x.

Fixes:
Crash in null renderer. Also support more mediatypes.
Ellipsis character was trimmed off from beginning or end of subtitles.
Ignore auto-zoom setting when remember window size is enabled.
Remember correct playlist position on a non-primary screen from extended Desktop.
Don't use YDL when an URL points to a file.